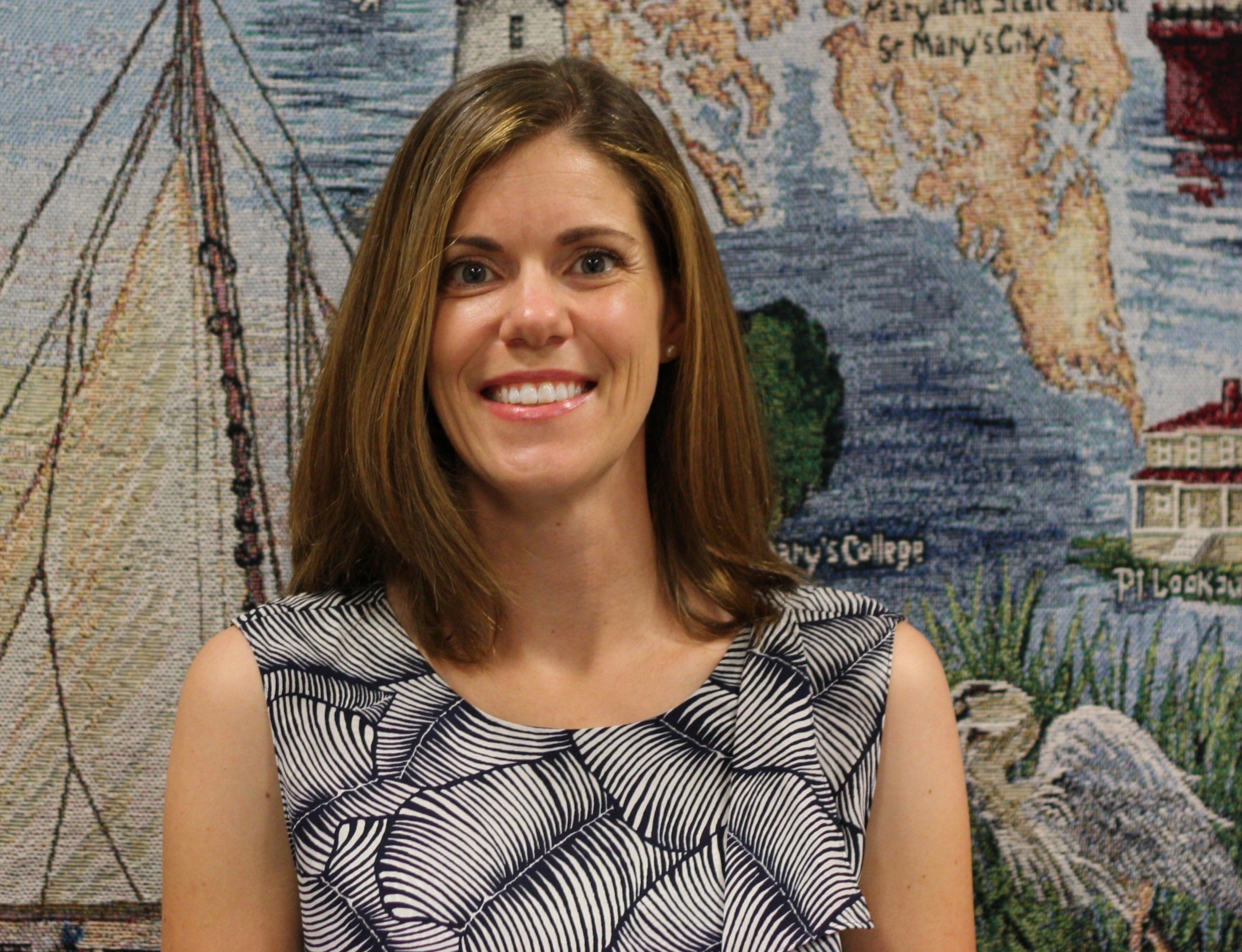 Caroline grew up around Maryland politics and has been a Democrat for as long as she can remember. Since moving to St. Mary’s County in 2006, she has served the community in various capacities, including work with CASA of Southern Maryland, the Southern Maryland Youth Orchestra & Choir, and the St. Mary’s County Commission on the Environment, Recreation & Parks Board, and Planning Commission. Caroline is a Maryland Master Naturalist and loves teaching kids about nature and volunteering on environmental projects. She is a lawyer by training but currently works as a Program Manager for a nonprofit. She lives in California with her husband and three children. 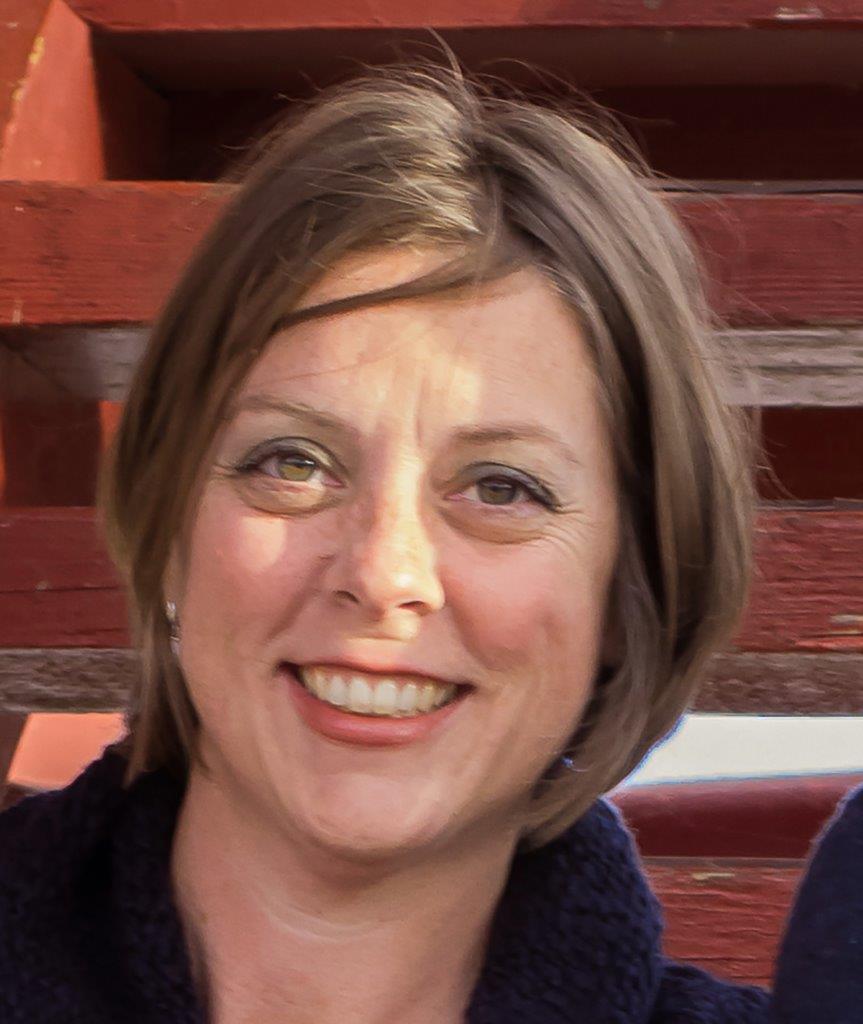 Heather Earhart is the Vice Chair for the St. Mary's Democratic Central Committee. In addition to raising four children with her husband, Heather is a Program Manager at PSI Pax. Heather is involved with various outreach efforts in St. Mary's County through her church and food banks. She also serves on the Leonardtown Planning and Zoning Commission.

Brandon (he/him) was born in and has been a lifelong resident of St. Mary’s County. He’s always had a general interest in politics, but became active locally over the last few years through letter writing and community organizing. Brandon has been a part of organizing local demonstrations like the March for Equality, the Women’s March in Leonardtown, and various Get Out the Vote efforts. Brandon is a graduate of Chopticon High School, and has a Bachelor's Degree in English from the University of Maryland University College. A staunch advocate for the LGBTQ+ community, Brandon seeks to expand equality and equity for all members of the community.

Kaitlin was born in St. Mary's County and is a graduate of Leonardtown High School. Over the last few years, her interest in politics has turned into a passion for fighting child hunger and other social justice issues. Kaitlin understands and is passionate about hunger initiatives, having worked extensively with child nutrition in Baltimore, as a high school teacher in Delaware, and in her current position with St. Mary's County Public Schools. She also works with Feed St. Mary's doing social media outreach and serves as the President for the local School Nutrition Association chapter.

Harita is an undergraduate student at the George Washington University in DC, studying International Relations, Conflict Resolution, and Arabic. She grew up in St. Mary's County and graduated from Leonardtown High School in 2018. In high school, she was passionate about community service, gun violence prevention in schools, and equity work. After starting college she became involved in multiple grassroots political organizations including SwingLeft, and volunteered for campaigns in 2018 and 2019. She spent the last cycle working for a youth-run political action committee, aiming to register young voters and advocate for progressive policies regarding the climate, healthcare, racial justice, and economic opportunity. She is passionate about equity and inclusion work in higher education and is invested in helping the community through education, development, and service. She is currently interning in the House of Representatives.

Bill Bates was born in Baltimore, MD. He graduated from Bowie High School in 1975, and then began a 35-year career with the Maryland Natural Resources Police. In 1979, Bill graduated from Prince George County Community College with an AA degree in law enforcement. After working his way up to the rank of Captain, he retired from the NRP in 2011; but still remains active in the Fraternal Order of Police and is currently employed with the St. Mary’s County Sheriff’s Department. In 1985 Bill enlisted in the Maryland Army National Guard where he rose to the rank of Master Sergeant. He retired after 31 years of service. Since 1986, Bill has been an active participant in his local democratic clubs, first in Calvert County and currently in St. Mary’s County. Bill genuinely enjoys helping the Democratic Party in any way possible.

Laura came to St. Mary’s County in 1996 as part of the base consolidation at Pax River. She retired from Naval Aviation in 2006 after 34 years as a civilian engineer and engineering manager. She got active in movement politics at both the federal and state level, including a period of time on the Board of Directors of Equality Maryland. It was there that she learned the value and power of grassroots activism. In 2012, Laura became the St. Mary’s County canvassing coordinator for Obama for America. It was working on this campaign that taught her the need for a strong ground game in electoral politics. Her goal as a Central Committee member is to create a network of volunteers beyond one election cycle to carry the Democratic message forward in non-election years and serve as a ready source of experienced volunteers for future campaigns and possibly even their own.

For over three decades, Shane has served St. Mary's County and Southern Maryland as a trial attorney. During that time, he has also held numerous leadership positions in various local volunteer organizations including the American Red Cross and the St. Mary's Hospital Foundation Board. Shane is a former chair of the St. Mary's County DCC as well as serving two separate terms on the Executive Committee for the Maryland Democratic Party. He has worked in the US House of Representatives, the US Senate and the House of Commons in London, England.

Sal has served the community in various capacities. He retired from St. Mary's County Public Schools where he was a science teacher, principal, science supervisor, director of school transportation, and assistant superintendent. He  served for 12 years on the elected Board of Education (6 years as chairman). He also served on the Community College Advisory Board, the Planning and Zoning Board of Appeals, the United States Congressional Advisory Board on Educational Issues, the St. Mary's County Council on Children and Youth, and the St. Mary's County Health Council. He has received several Governor's Citations: for Outstanding Commitment to Public Education, for Impressive Commitment to the People of Southern Maryland, and for Implementing Drug Prevention Curriculum in Schools. Sal is a member of the Lexington Park Lions Club, the NAACP, and the Maryland Retired School Personnel Association. He lives in Lexington Park with his wife, Myra.

The Central Committee has also appointed the following Associate Members for the current term:

John is a lifetime resident of St. Mary's County and a graduate of Chopticon High School. He received his Bachelor degree from UMD at College Park and his Juris Doctor degree from the University of Baltimore School of Law. He retired in 2020 after 44 years of law practice in Leonardtown serving a varied clientele, including many from socio-economic challenged populations. He has volunteered with Christmas in April, NAACP, SMC Mediation Center, and Project WARM as well as in the political campaigns of local and national candidates. John lives in Lexington Park with his wife of 49 years, Sharon, a retired 35 year teacher in SMCPS.

Julia (pronouns: she/her/hers) has lived in St. Mary's County since 1997 and has served the community through her work on multiple boards. She is a librarian by training, and has used her organizational skills to lead and strengthen local groups. Currently, Julia is President of the Democratic Club of St. Mary's County, Secretary for the St. Mary's County Arts Council, Treasurer for the Sierra Club Southern Maryland Group, and President and founder of the Southern Maryland Youth Orchestra & Choir. Julia lives in Leonardtown with her husband where they raised their three children.